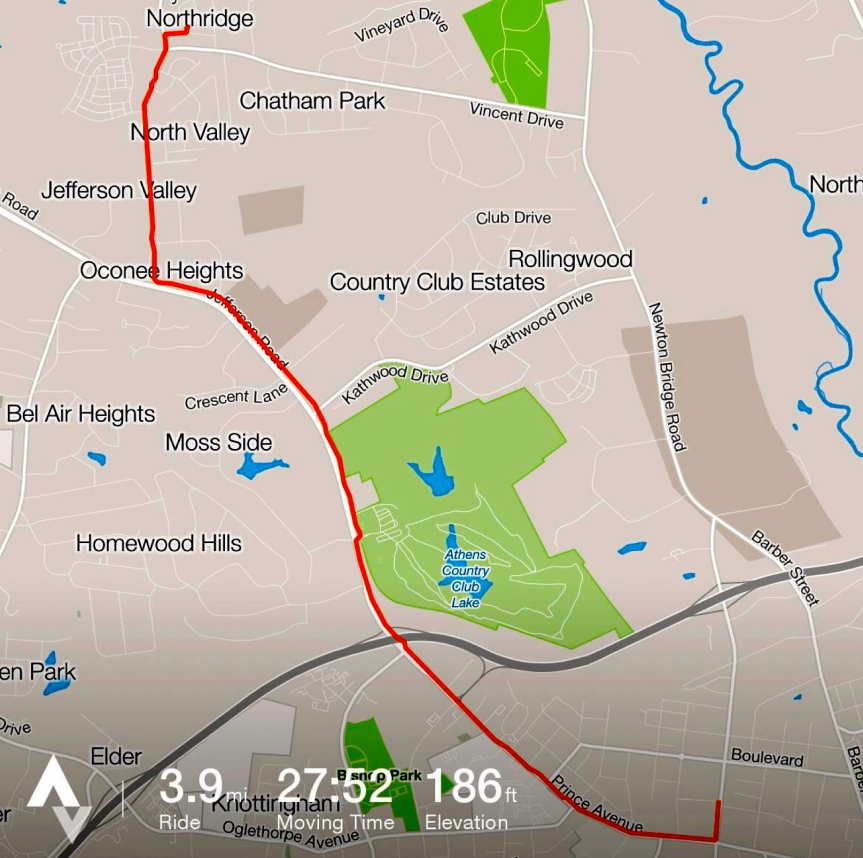 Compared to the ride to Kathwood, pedaling to the corner of Amethyst and Elkview was twice as far, much hotter and more uphill. Anticipating said challenges, I brought an insulated bag with freezer packs and frozen washcloths to cool down, and a double insulated water bottle that keeps ice frozen when the heat index surpasses one hundred degrees. 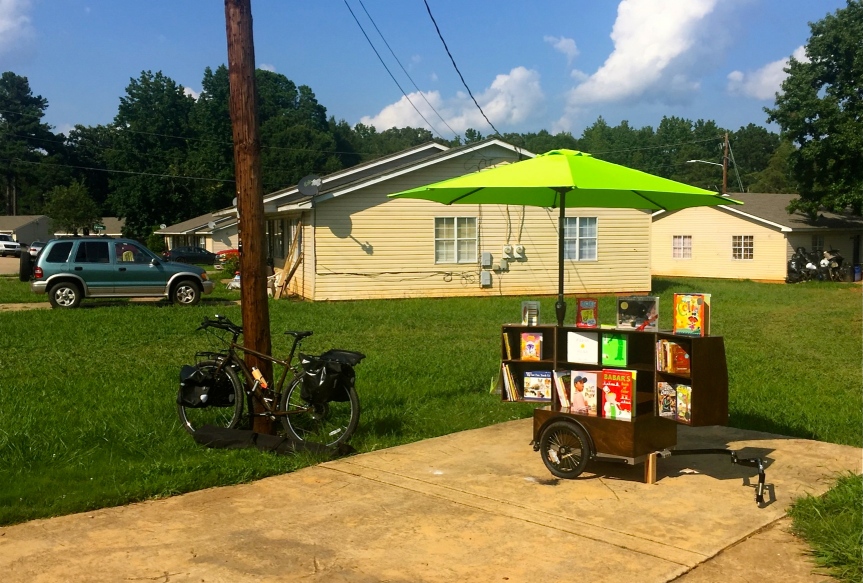 Situated among a series of duplexes many former students call home, a concrete slab offers a fairly flat parking spot. It took a bit for folks to brave the heat, so at first I worried nobody would show. I was wrong.

Sixteen people visited, including parents and grandparents who selected books for young family members. For his granddaughter, one man chose The Mesa Verde Cliff Dwellers, a graphic novel about archeologist Isabel Soto’s adventures while exploring Colorado’s Cliff Palace ruins. When a curious mom emerged from her home, she walked over and chose a book about animals with vibrant illustrations for her eight week old daughter.

Sisters took younger siblings by the hand and helped them choose. While one middle schooler’s little brother browsed, she said, “I was a Tree Frog. I went to Chase from pre-K through fifth grade. It’s a great school.” She asked about former teachers, and we chatted about favorites like Mr. Sugiuchi and Mrs. Dean, who still teach there.

Kids frequently request specific titles and topics. One of the first was from a young reader who I recognized as a writer because she was wearing a Camp Red Clay t-shirt.

“What types of books have you read in the past year?” I asked.

“Some about mental illness. And poetry too.”

Unfortunately, I didn’t have any books on either topic, so she selected My Name is Celia, a bilingual picture book about Celia Cruz, and a chapter book called The Rescue, about a dog whisperer.

Other kids requested mysteries, Harry Potter, and Roald Dahl. So once home, I searched through bags and boxes of donated books, and found two titles from the Harry Potter series, and Dahl’s The Magic Finger (a personal favorite). For the girl interested in poetry and mental illness, I found Who Was Edgar Allen Poe, and a book of poetry I’ve shared with students over the years called Joyful Noise: Poems for Two Voices. As for mental illness, the DSM 5 might be a rabbit hole too advanced for a fifteen year old. If any of you have suggestions for books about mental illness geared toward children, please let me know.

I’ll return to Amethyst and Elkview next Tuesday at five with a handful of requested books. Hopefully some of the same readers will join me again.